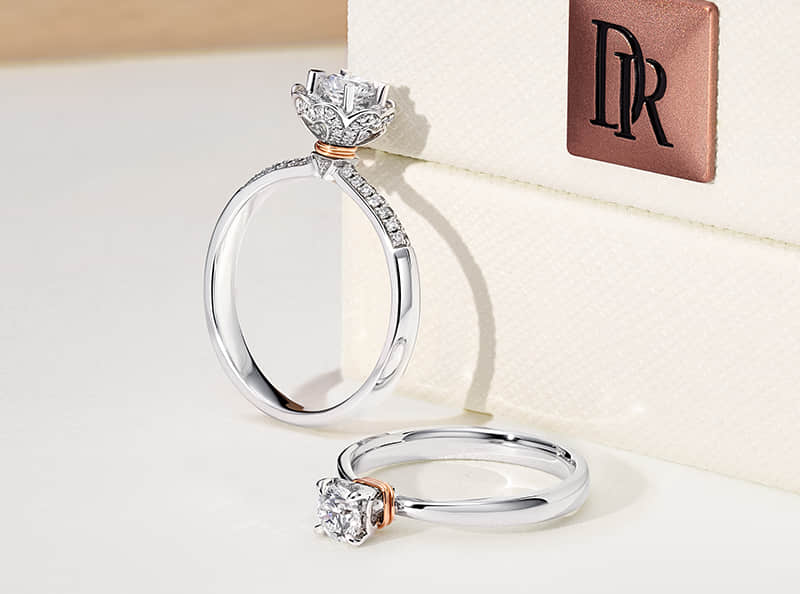 Today we show our deep love and commitment to the person we will spend our lives with to by giving a diamond ring. It seems that diamond engagement rings have become a common tradition in our wedding culture. But, do you know when this tradition began? Do you know who gave the first known diamond engagement ring, making the diamond ring became the token of proposal and was used to represent the highest interpretation of love?

This article will take you through the entire history of diamond engagement rings，and you will get a comprehensive answer from it.

The origins of the ring as a symbol of love can be traced back to the ancient Egyptian period. Instead of the metal bands and huge diamonds we see today, rings were made of reeds and woven papyrus circles. The ancient Egyptians already saw the eternal symbol of this circle made of grass, named it “ring” and gave it to each other to express their sincere feelings and hopes of creating a future family.

Engagement rings made of metals such as iron and gold began to appear in ancient Roman times. Still, many modern engagement ring customs continue the practices of ancient Rome.

Wearing the ring on the fourth finger of the left hand means holding the beloved close to the heart and treating him or her as important as the heart. This tradition continues to today and is widely accepted for its romantic significance.

Archduke Maximilian of Austria gave his fiancée, Mary of Burgundy, the first known diamond engagement ring in history in 1477, leading the way for diamond rings to become popular among European nobility.

Since the Archduke Maximilian, rings have been tied to diamonds and have become increasingly associated with love and marriage.

The diamond ring officially became prevalent as a piece of jewelry and metalwork, strictly due to Queen Victoria's unique vision and taste in jewelry. The Victorian era, from the 18th to the 19th centuries, already pioneered ingenious designs that paired diamonds, precious metals and enamel with ornate engagement rings, such as the emergence of platinum engagement rings.

The diamond engagement ring truly became a classic meaning of eternity for marriage thanks to the marketing slogan launched by De Beers in 1947: A Diamond is Forever.

Since 1870, diamonds were no longer rare and the jewelry market was flooded with magnificent pieces of jewelry set with diamonds. But De Beers' marketing campaign, which gave diamonds the meaning of eternity in marriage, struck a chord with the innermost desires of Americans of that era, and once again bound diamonds to rings, love and marriage.

The wave of using diamond engagement rings to express commitment to each other and the eternity of marriage spread instantly around the world and began to become a universal tradition.

Today, we can find a variety of great diamond engagement ring brands on the market, carrying with their unique understanding and beliefs about love and marriage.

There is a new engagement ring brand that understands the confusion that young people face in love and marriage today, and encourages people to pursue true love by promoting the brand concept of “One can only buy a DR diamond ring for the love of his or her life”.